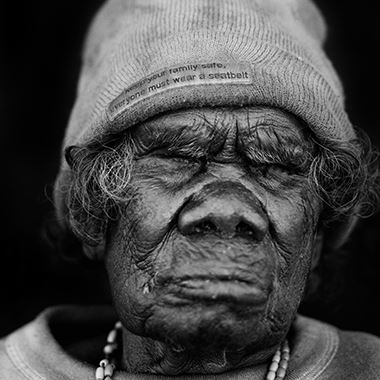 “I was born near Lipuru (Libral Well, Canning Stock Route Well 37) and Pirrkartil is my birthplace. My mother looked after me when I was a little baby in the side of a sandhill. Mum and Dad, they took care of me. We stayed there for a long time when I was little and then we started travelling. They kept me there and then we went to Julyjarru and we stayed there and then I grew up a bit and I started walking. They kept me there and after that they took me to a place called Kil-kil (Kilykily, Canning Stock Route Well 36), and there we stayed again for long time. I was growing bigger when we went to Tintinmarran. We stayed there with other relatives until my parents took me to … Wajaparni.

Much later I went to Balgo. I had kids when I was travelling. I went east along the Canning Stock Route, and kept going east, to Nyipily (Nyipil, Nibil, Canning Stock Route Well 34), Kinyu (Canning Stock Route Well 35) and Pangkapirni (Bungabindi Well) and Kil-kil. I was walking with a grinding stone, carrying it on my head. We got up and started our journey… travelling with the drovers all the way. We travelled on foot; they didn’t give us a ride on the camels. We thought it was [going to be] close, but it was long way.”

Nora Nungabar (Nyangapa) was a Manyjilyjarra woman born near Lipuru well. She grew up in the Country that became Wells 33 through to 38 along the Canning Stock Route. From an early age Nungabar and her family had encounters with the white men who drove cattle along the route. As a young woman, together with her close friend Nora Wompi, Nungabar followed the drovers north to Balgo Mission, where she settled and raised a family.

Nungabar eventually relocated to her homelands at Kunawarritji, though she continued to travel regularly between Kunawarritji, Balgo and Mulan. Through her artistic career, painting with both Warlayirti and Martumili Artists, Nungabar earned critical acclaim for her remarkably expressive, evocative style. Many younger artists described having learned to paint by watching her example. Nungabar was a custodian of a great deal of cultural knowledge about the Kunawarritji area, much of which is referred to in her extensive body of work. Nungabar’s paintings have been exhibited in galleries internationally and throughout Australia, and acquired by the National Museum of Australia and the National Gallery of Victoria.